July 2011
Decided to clean engine of oil, dirt and grease. Also removed most engine components and cleaned and painted them.
Radiator was already off when van received and in a damaged state, so had a go at hammering and bashing out the dents and re soldered splits around the neck. However the main core was damaged so had a new core fitted by local radiator restorer.

Don't yet know if engine runs! However it should be easier to tackle now it is clean. Watch this section for further news around the end of 2011.
Have also cleaned off the old paint from the engine covers, bashed out the dents, filled any 'spare' holes and primed. They look much smarter now. 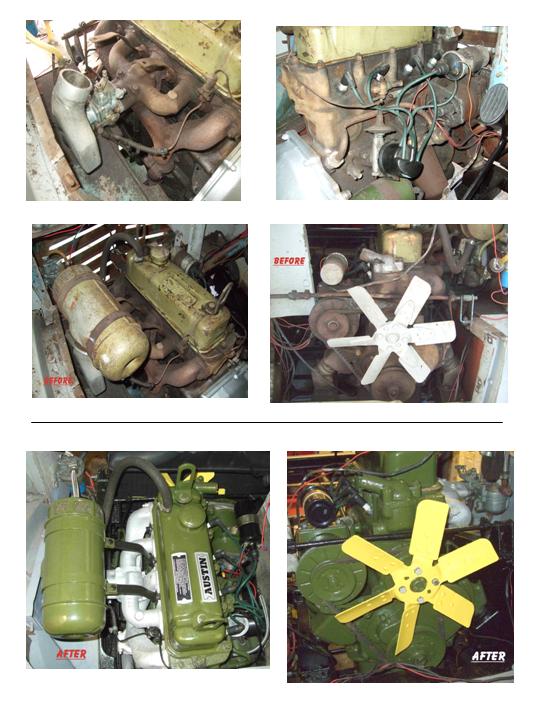 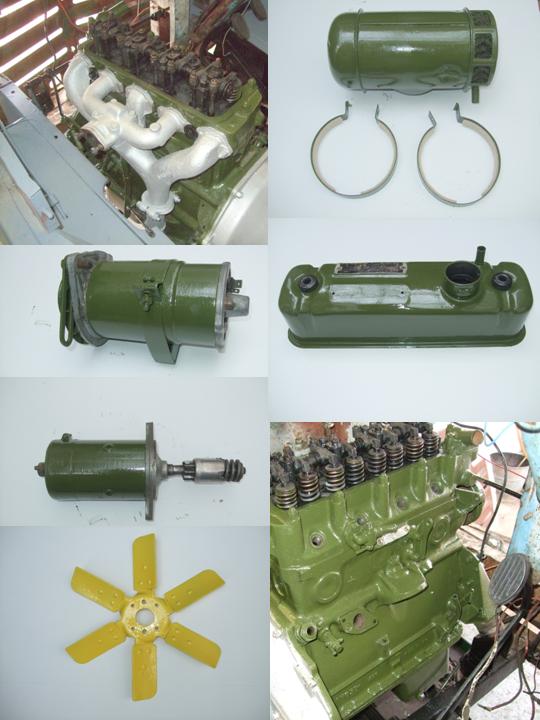 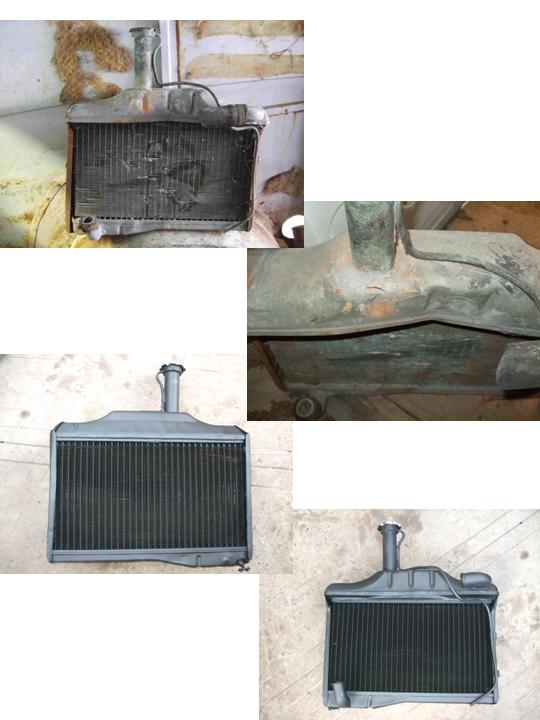 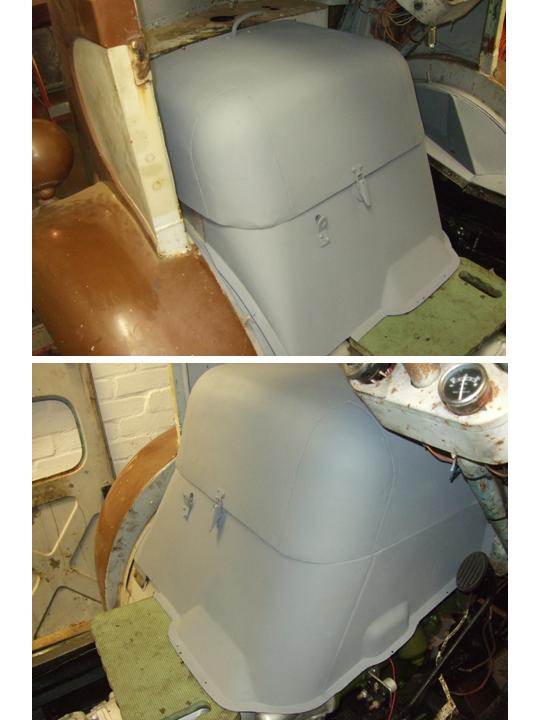