Still got to get the British Railways signage for sides, front and back sorted but due to holidays have not found time to drive van to factory unit to them sorted. Also had to fix radiator weep and release stuck distributor to fix timing issue.

However have now done a whole 2 miles on the road! That's a lot of £££'s spent per mile!

Since last post have fitted mud flaps, two front and two rear. See pics below. Used 18 x 12 inch mudflaps cut in half to make two 12 x 9 inch ones, rounded corners and fixed inside wheel arches with nuts and bolts. Filled any small gaps on inside with under body sealer to finish off. They are very shiny! They came that way.

Also was not happy with view from wing mirrors so made some new arms to give a wider and hopefully better view to the rear. While this did make an improvement I was still not convinced I would quickly spot all of the many vehicles that were likely to pass me out on the road. Particularly difficult to get a good view from offside mirror.

So...bought a rear view/reversing  camera and 7 inch monitor, (less than £30 from Ebay). Set this up to give a constant rear view when switched on.
Mounted camera inside chassis channel and made a hinged door to hide it away when not in use.
Monitor sits on drivers tray, held in place by strong magnets, and can be fully unplugged and hidden away when not in use. Whole system is turned on by switch mounted on front edge of tray. This feeds power to monitor and camera.
Whole thing a bit James Bond like for a 1959 van! Is that what Type JB means?
But hopefully ultimately useful.  See pics below. 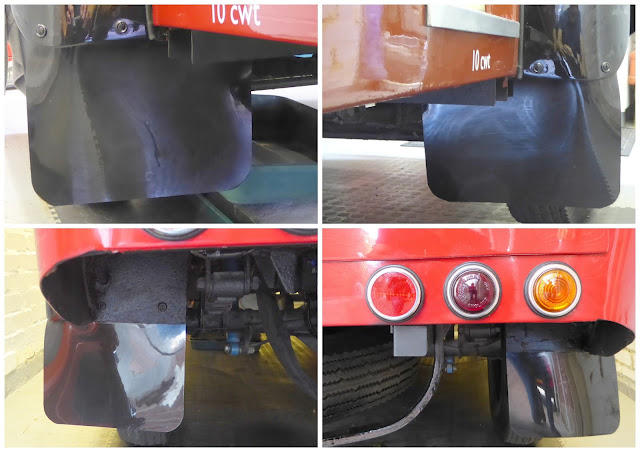 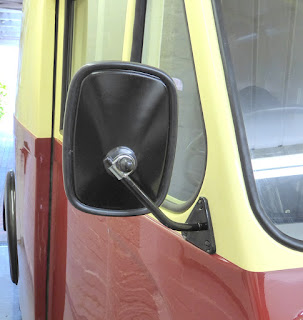 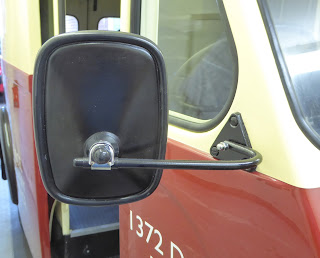 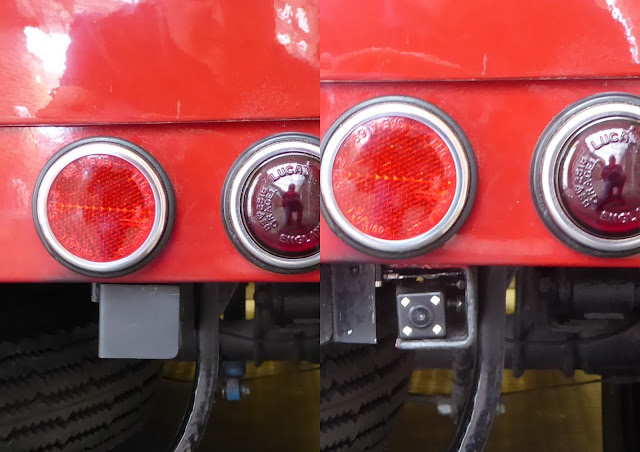 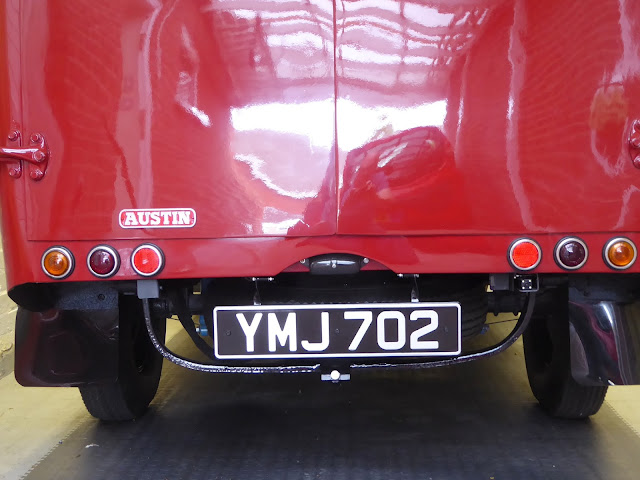 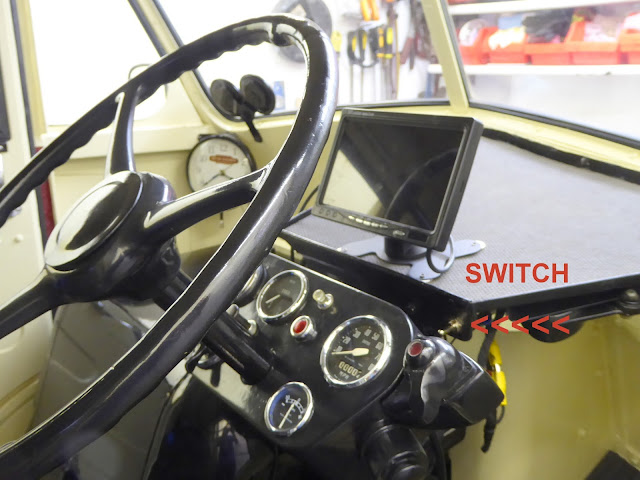 Monitor does not restrict forward view from driver's seat 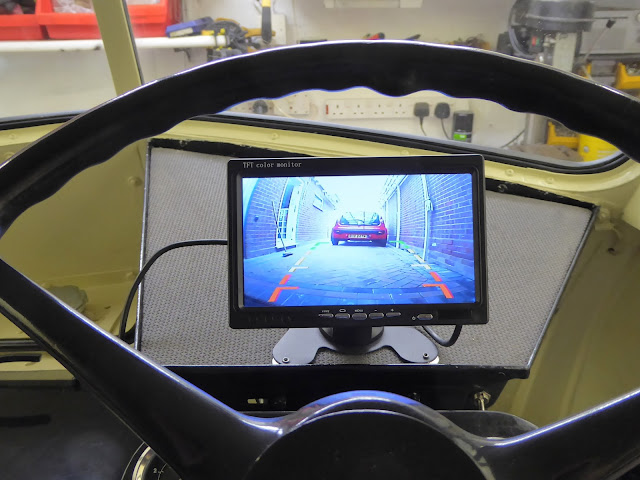