Sept 2013
1) Body work
Maurice, at MTR, has been sorting out my body work problems and has come across some more issues while fixing the nearside step. However he thinks he has mainly resolved the problems that others had left and is close to welding it all together. See photos below. 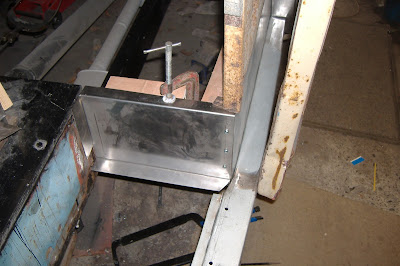 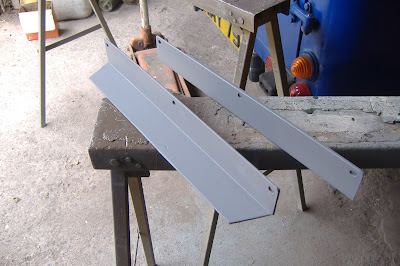 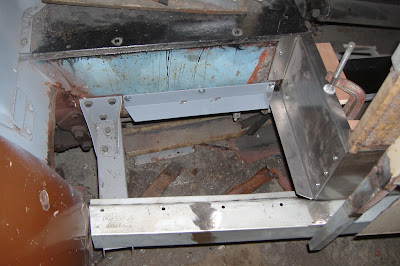 2) Livery
While 'George' has been away I have been giving some more thought to his final livery. I have pretty well decided to use a 'Blood & Custard' British Railways design. See illustration below. If anyone knows of the correct lettering or near correct, apart from 'British Railways' I would appreciate some advice. I strongly suspect neither an Austin 101 or Morris J/JB was ever used by British railways but I think it would suit anyway. It fits the era nicely and I am sure to get some railway enthusiasts interest, for good or bad! 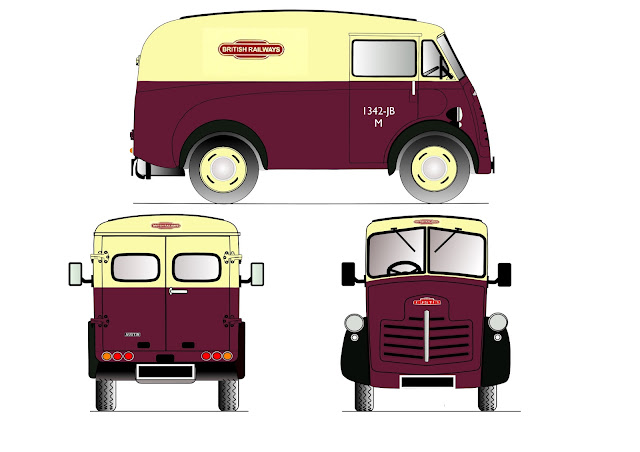